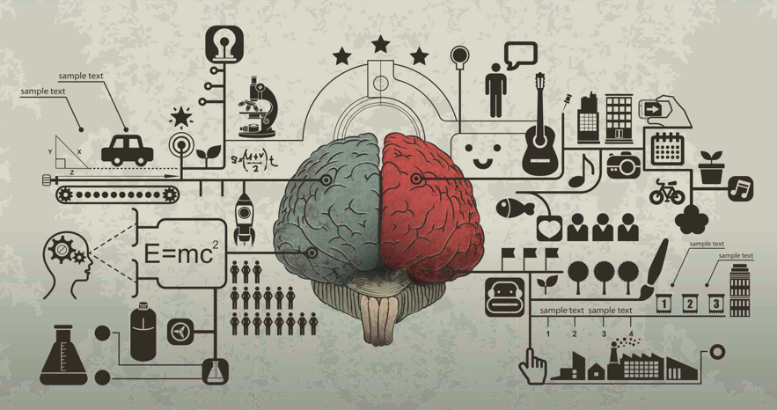 Eric Emerson Schmidt once said, “People assume computers will do everything that humans do. Not good. People differ from each other, and they are all really different from computers.” There have been debates on the fundamental nature of the human brain and its similarities and differences with computers. The debates result from the scientific attempt to understand the human brain and replicate its functionality and capability into computer systems. Although the brain-computer metaphor has been dominant in the neuroscience field for a long time, cognitive neuroscience research presents various ways in which the human brain differs from computers. Let us take a moment and look at some differences below.

The human brain’s energy consumption is less than that of a computer. The brain is over ten times more energy-efficient than computer systems. It requires about ten watts to function, while a computer requires over one hundred watts to run. The human brain improves its energy efficiency by storing memories in an initially transient form. There is a myth that humans only use ten percent of their brain capacity. Most of the brain’s neurons remain inactive for a long time, waiting to be activated. If the number of neurons activated at any given time is tripled, the oxygen requirements would increase significantly. Keeping most neurons inactive makes the human brain more energy-efficient than modern computers. However, the energy efficiency in computers will improve progressively with advancements in technologies.

Another significant difference between the human brain and a computer is that the human brain processes more information than current computers. In the early 21st century, the internet was compared to a single brain of a human being. However, today, there has been significant progress in computer systems development such that computers can outperform humans in activities that we equate with smarts, such as calculating square roots and playing chess or checkers. Despite such technological breakthroughs, which have left humans wondering whether they will soon battle robots for survival, the human brain still has a massive storage capacity than any computer in the world. An average adult’s brain can store trillions of bytes of information. According to a Scientific American study, the human brain has an equivalent of 2.5 petabytes of memory capacity. This means that the capacity of an average adult human brain can hold about 2.5 million gigabytes of information. Such enormous storage capacity is more than what a modern single computer can hold, giving the brain more capabilities than humans can imagine.

In terms of processing speed, computers have a Central Processing Unit with a fixed processing speed. This differs from a human brain’s processing speed, which is not fixed. The brain’s speed in processing information is subject to various factors, such as the speed at which electromagnetic signals can move through various neuron parts, synaptic efficacy differences, neurotransmitters availability, and many other factors. As a result, the human brain’s speed can vary from one person to another and from time to time. Based on the speed of basic operations, computers are more advantaged over the human brain. Modern computers can perform a simple arithmetic operation at speeds of 10 billion operations per second. The human brain can perform the same arithmetic operation about ten million times slower than the computer. Human brains are less disadvantaged in terms of precision of basic operations compared to computers. Computers can represent numbers using any required precision based on the binary digits assigned to each number. Most numbers in the human nervous system have variability that results from factors such as biological noise.

Computers have limits. Although there has been significant progress in Artificial Intelligence to mimic the human brain, it is difficult to replicate every feature of the brain. Much of what has been achieved today is the development of computer systems that can help humans complete their jobs easily and efficiently. The human brain has various features that make them more reliable than computers. For example, the brain is self-maintaining, self-organizing, and self-correcting. On the other hand, computers perform monotonous jobs. They cannot maintain themselves, cannot correct themselves, and do not have the potential to self-organize. This means that computers cannot be used as a substitute for the human brain. Maybe future technological developments will achieve systems that function entirely as the human brain, but as of today, computer systems are not very reliable as the human brain. They can only help human beings to complete complex tasks quickly and efficiently.

Despite the brain-computer metaphor being dominant in the neuroscience field because of various similarities, the human brain has many features that distinguish it from a computer. The brain is better in terms of energy efficiency. Its storage capacity is higher than any computer available in the world today. However, computers have better processing speeds than the human brain, especially when dealing with simple arithmetic operations. Lastly, human brains are more reliable than computers because they can maintain, correct, and organize themselves. Computers lack such capabilities.