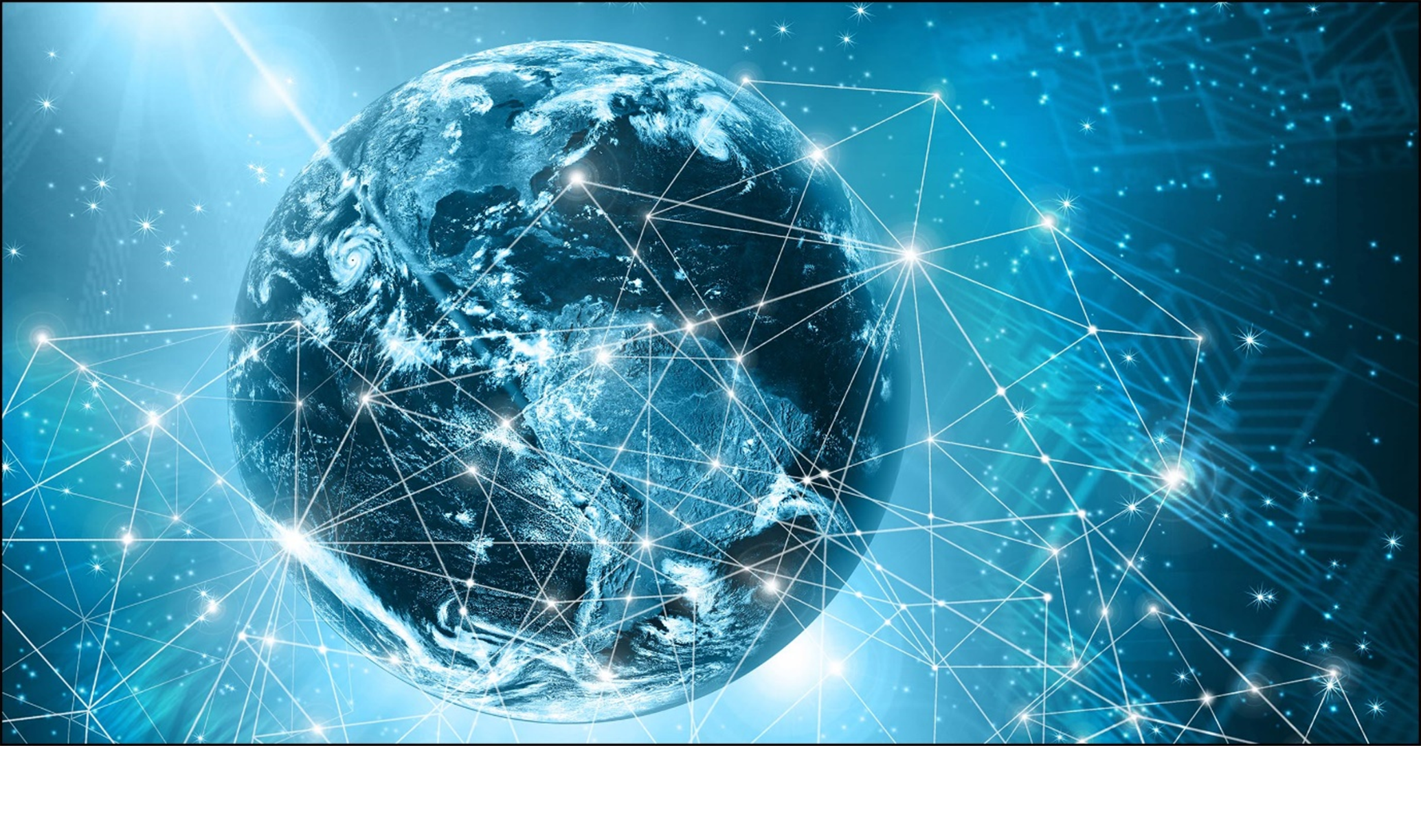 Connectivity and accessibility of the Internet is an important ingredient in our digital revolution on the continent. Year to year technical communities, civil societies, and other stakeholder groups within the internet ecosystem have advanced the arguments, advocated strongly, and provided nuance on the digital gender gap at the national, regional, and global levels. Yet the digital gender gap has not seen any considerable growth, particularly in the least developed countries since 2011. The statistics leave much to be desired, as it is estimated in the latest research by Web Foundation — there has been a drop by half a percentage point from 30.9% to 30.4%. Evidence suggests globally, men are 21% more likely to be online than women, rising to 52% in the least developed countries.

This dispiriting report estimates further widening of the digital gender gap could mean an additional loss of $500bn by 2025 if governments do not take the steps. The more these facts are probed and ventilated, the more we see a gloomy, unsettling picture. A report by the United Nations suggests there are over four billion estimated people without the Internet worldwide. Most are African women, and one out of every seven African women is likely to use the internet in contrast with one out of five African men.

What do you mean by the digital divide?

The digital divide has been much more pronounced, and it has become commonplace, particularly in Africa, as women cannot significantly contribute to the digital economy. It primarily refers to the gap or gulf between those who have ready access to digital and information technologies and the internet and those who do not have little to no access. Situating it in this article, the gender digital divide refers to the measurable gap or gulf between women and men in their access to, and use of, the internet. Women’s exclusion and not having equal access to the Internet have exacerbated gender inequality and largely hamper developing economies.

A plethora of reasons can be attributed to the digital gap in terms of access and imbalance in Africa, factors ranging from the high cost of internet access, low smartphone adoption rates, social norms that hinder women from participating online, privacy and trust issues, gender-based online violence and low finances–globally, women earn around 77 cents for each dollar a man earns. Women and girls are often marginalized in the full participation of the internet.

Affordability of Internet broadband; The cost of internet access on the internet has been a big challenge largely because of cost as a disproportionate number of women are affected due to income disparities. A report by Global System for Mobile Communications (GSMA) suggests Mobile Network operators (MNOs) in Ghana pay close to US$650 million in taxes each year, representing about 40% of total revenues in the sector. Ghanaian internet users are subject to taxes on internet usage, which increases the total cost of being online and creates barriers to affordability. Gender stereotypes have added a different dimension that persists in Africa, as statistically women earn less on the continent. Data from Alliance for Affordable Internet (A4A1) presents interesting facts which put forward for internet accessibility to be reasonable and affordable; 1GB of data must not be over 2% of the average monthly income, juxtaposing this with what is seen in most African countries; at least 8.76% of average monthly income is required to buy 1GB of internet data. Salient to this conversation is how bridging the gender digital divide suffers stifle growth. It manifests as both a gender and a rural-urban split.

Regarding gender imbalance, another startling and worrying statistic reveals how in a survey of Fifteen nations from the global south, six African countries’ access in rural regions was reported to be 14 percent, compared to 42 percent in urban areas. The rural-urban digital divide has become more pronounced because urban centers are mostly prioritized in terms of telecommunications infrastructure development to the neglect of rural areas. This strategy often neglects the realities of rural regions and how their need for connectivity is pivotal since they are remote; adding to the already gendered dimensions of this conversation, which reinforces and widens the gender gap, women and other vulnerable groups are further disadvantaged.

Another critical factor affecting internet accessibility is the broadband infrastructure. Evidence from the Africa Union’s Action Document for Policy and Regulation Initiative for Digital Africa (PRIDA) conveyed how lack of investment has resulted in poor broadband penetration and, as a result, high cost of internet access on the continent.

Other factors such as policies and legislation, such as those governing the licensing of ICTs subscription services and discriminatory policies affecting women. Subsequently, the moving swathe of life online has led to an array of online harassment and violence against women.

Why is the need for Human Rights and why having access is deemed such?

Human rights are unchangeable and must be at the core of inclusive communities and economies as regulatory policies must be conceived and used with a human rights-based approach with stakeholders prioritizing the protection of civil and political rights, as well as economic, social, and cultural rights in the digital domain. African governments have pledged and resolved to address the gender digital divide under the Sustainable Development Goals (SDGs). Target 9c of SDG 9 specifically and explicitly states that by 2020, there should be accessible and affordable Internet connectivity in the least developed countries.

This commitment was reaffirmed at the regional level, with the African Union proclaiming 2010–2020 as the African Women’s Decade, to achieve gender equality. In 2019, the African Commission on Human and Peoples’ Rights endorsed a Declaration of Principles on Freedom of Expression and Access to Information in Africa. The case of Amnesty International and others vs the Republic of Togo in June 2020 further echoes the need for this action. The Economic Community of West African States (ECOWAS) court ruled that is an integral part of exercising and enjoyment of human rights, chiefly, the Right to freedom of expression and the Right to access information. This ruling is a landmark case because it underscores and reaffirms how internet cuts are illegal and the internet should be open, and inclusive.

Some approaches for increasing internet accessibility and connectivity in Africa.

A concerted effort involving all stakeholders is key in shaping the internet and bridging the digital divide. Stakeholder groups like governments, civil societies, the private sector, and others should not be working in silos but in synergy.

First, it is noteworthy to look at the regional and national policy framework; these regulatory measures should foster increased competition in the broadband sector. This will result in more investment, market-driven prices, and as a result, more affordable internet access on the continent. With support from the Africa Union, African governments have developed a continental broadband policy under the African Continental Free Trade Agreement (AfCFTA) in gauging and measuring the growth of internet infrastructure on the continent; this policy document will serve as a tool.

Subsequently, the various governments on the continent must recognize and acknowledge their role in protecting human rights and how they are the duty bearers of public service delivery. While rising income levels will enhance Internet penetration, the use of smartphones, and other digital tools in Africa, inventive ways to drive down the cost of mobile phones in the area are required. This can be done with support from the private sector stakeholder group; more mobile phone manufacturing factories, such as those in Egypt, Algeria, South Africa, and Rwanda, should be supported and promoted to compete in the global smartphone industry. Closely related to this point is how governments need to work with private sector groups and technical communities with support from the World Trade Organization to offer tax holidays to local start-ups, build solutions and address challenges facing communities in Africa.

In addition, in framing and developing public policies to increase internet access, greater emphasis must be placed on women and girls. If internet access has not exacerbated existing disparities, it must act to narrow the gender digital divide and barriers that already exist. The civil society stakeholder group, which has been a vocal promoter of good internet governance, offers vital expertise and ensures accountability and transparency, and must be engaged in all policy formulation.

It has been observed that through community networks, the gender digital divide can be holistically attained. Community networks basically seek to bridge the connectivity gap by using networking technology. Community networks, without doubt, aid in stimulating the growth, advancement, and use of the Internet for the benefit of all people throughout the world. This technology is in line with the core mission of Internet Society. To advance the course of this, more civil society groups must roll in, collaborate, and embark on this amazing innovation.

It can be concluded that catchy phrases– “Step it up”, “Break the Bias”, “Balance for Better”, etc., should not be empty rhetoric or mere alliterative. There must be real work and not lip service. The COVID-19 pandemic highlighted how existing barriers to internet access have been exacerbated, as well as how key stakeholders such as government, the private sector, and the technical community must work collaboratively and concertedly to establish a human right-centred approach with emphasis given to digital inclusion that seeks to protect the rights of women. Removing opacity and serving as a catalyst for development on the continent.

The Coding Caravan: IT Consortium and IIPGH taking ICT Skills Programs into Communities

Application of Legal Technology: Critical evaluation of some use cases 1