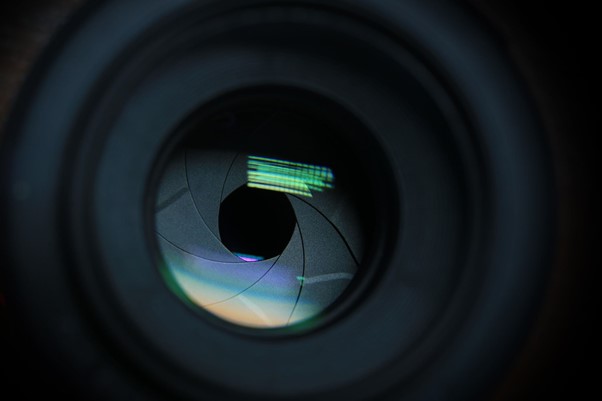 The digital age has presented an opportunity to push the boundaries of growth across every facet of life. The advertising community has established itself as a pioneer of digital adoption, evolving from the use of traditional mainstream media to a more social media-driven approach, as evidenced by the proliferation of social media ads and social media influencers. As good a step as this is towards maximizing the potential benefits of advertising, there remains a ton of opportunities left unexplored. In particular, the recent emergence of direct-response advertisements (ads)–where many advertisers are now interested in immediate outcomes such as purchases or subscriptions, rather than the more long-term brand awareness–introduces a huge opportunity for targeted and smarter ads that serve mainly to those who are truly interested in products. Thus, the question remains: how do we efficiently run a digital ad campaign to gain the most value for our money? You guessed right–with data-driven digital advertising!

Data-driven ads are digital ads that employ data science and analytics techniques to optimize advertisement campaigns. This typically involves fine-tuning advertising inputs–target audience, advertising periods and duration, creatives, and budget–using supervised and unsupervised machine learning techniques to maximize campaign objectives, such as reach, engagement rates, and conversion rates. The data-driven approach also involves constant experimentation to learn what works and what doesn’t work in a rigid, scientific way. With regular feedback and implementation loop, advertisers are assured of the most efficient utilization of their budget. To fully appreciate the importance of data-driven ads, let’s expatiate on two of the most important metrics of digital advertising: reach and engagement rate.

Reach refers to the number of unique people who see an ad. Advertisers are occasionally interested in this metric because it speaks to how many people might buy their product or use their service. Yet advertisers often misconstrue an account’s following as representative of its reach. This explains why many digital ads are run through influencers, who have a large following. However, data from the major social media platforms show that the average reach of a post or story is only a small fraction of the accounts following. In 2020, for example, Facebook posts averaged a reach rate of 5.2% [https://blog.hootsuite.com/facebook-algorithm/]. This implies that if an advertiser promoted their products on Facebook through an influencer or account with 50000 followers, chances are that only about 2600 people saw the ad. That is a significant drop off from the 50000 pairs of eyeballs the advertiser might have expected. Similarly, Instagram posts have an average reach rate of 36.3% for accounts with less than 10000 followers, and 24.6% for those with a following between 10000 and 50000. Running an ad through an individual account may not be the best way to maximize your reach, no matter how large a following the account boasts of.

The fix to this is simply through targeted social media advertising. Here, rather than through an influencer, the advertising is done on your behalf by the owners of the platforms (like Facebook, Instagram, and Twitter), who use sophisticated artificial intelligence techniques to target the specific demographic you specify. In effect, people all over the platform, if they match your target audience and location, see your ad. Sometimes, the ads are not limited to the audience on that platform only but can be made to extend to users of mobile apps (such as subway surfers, homes capes, etc.) who might not necessarily even be on social media. The impact of this is increased reach at potentially a cost lower than paying for product promotion through an individual account. However, reach doesn’t mean much when an advertiser doesn’t know their optimal audience. Many advertisers are pretty much reliant on anecdotal data to determine their target audience, which may be suboptimal, and there is a real risk of the ad being shown to a group of uninterested people. Here’s where the data-driven approach proves useful in learning and refining an advertiser’s optimal audience so that the reach numbers would be meaningful.

Since reach doesn’t tell the full story, advertisers are often interested in other downstream metrics such as engagement rate, which measures the rate at which people like, comment, click, share, retweet, or otherwise engage with an ad beyond simply seeing it. For example, if we suppose an ad is shown 10000 times to as many people, with 200 of them clicking the link to a page or website, then the engagement rate (specifically the click-through rate) is 2%. This is a truer reflection of the interest in an advertiser’s product or service than the reach numbers.

The engagement rate might not tell the full story. The fact remains that there are ads that bait clicks. And there are curious, click-happy people who are always eager to know what an ad is about; these people might not go-ahead to convert on the website. Thus, out of 200 people directed to a website by an ad, only 20 might take a desired action such as subscribe or make a purchase. This metric refers to the conversion rate of the ad.

Yet again, some advertisers might care instead about the monetary value of those conversions. For instance, if they spent GH ₵ 1000 on an ad, and 20 people made purchases that amounted to only GH ₵ 800, that might not represent a good value for money for them, even though the conversion rate might be high. Here, the advertisers would be interested in metrics such as the return on ad spend (ROAS).

The journey from reach to engagement to conversion to ROAS is intricate and downward trending, requiring increasing interest levels from the targeted audience, and is thus very difficult to get right, without a well-optimized campaign.

This is where StatsDive’s advertising strategy and data expertise come to the rescue. StatsDive leverages the wide reach afforded by targeted social media ads while introducing a data science element to further optimize the ad campaign. Using granular data from your ad campaign’s results, data science and machine learning techniques are employed, which help in gaining invaluable insights into key advertising parameters, such as the target audience and creatives. Whether you are interested in reach or engagement, conversion, or ROAS, these insights then inform hypotheses that are experimented rigorously to optimize subsequent ad runs. Ultimately, the optimization of these key advertising input parameters ensures your ads are directed at people who are most likely to be interested in your product or service, thus improving the metrics that matter to you–beyond what you might expect or might be accustomed to seeing from influencers or traditional targeted ads.

Anytime you think of running a digital ad, remember to run it the right way and data-driven way.

Protecting your Business from Cybercrime – Be Cyber Aware