Ghana’s total land area is at 22,754,000 square hectors while total area covered by our forest is 5,517,000 square hectors representing 24.25% as at 2005 according to data published by the mongaby.com. However the statistics keep dropping due to various factors that affect our forest thus causing fast depletion of the forest reserves. There’s alarming rate of destruction of our forests and game reserves according to Sumit Chakravarty’s research into cause and effects of deforestation. The Food and Agriculture Organization FAO’s FRA report on deforestation according to Annon, 2001 estimated that between 1990 and 2000 about 0.20% representing 8327ha/year of the world’s total forest cover was depleted and 0.13%ha/year representing 5211ha/year was destroyed and this is a serious call for concern for us and the whole world because our livelihood depends greatly on the forest.

According to data published by the Food and Agriculture Organization (FAO) on Ghana’s forest reserve for the year 2010 under the Global Forest Resource Assessment (FRA) program, Ghana’s forest contributed to 4% of the nation’s GDP for same year as compared to 8% a decade from 2010. What will the next decade be?

Forestry experts have warned according to the Graphic Online; 21st August 2017, that Ghana risks losing its forest reserves to illegal and legal logging in just a decade from now if immediate actions are not taken to curtail activities of wood harvesters and unregulated miners.

These forest reserves have been handed over to us by our forefathers and there is the need to preserve them in a sustainable manner at all cost for the generations after us and also for our own benefit.

Now let’s take a look at some of the factors that contribute to the fast depletion of our forest reserves;

The Forestry Commission of Ghana has been on the vigilance guarding against deliberate destruction of the forest by activities of people. However, there is the need to find ways and means by which ICT can be used to provide increased vigilance of the forest and also to provide real time data collection from our reserves. The question then is what role can ICT play in preserving the forest reserves of Ghana?

Let’s therefore examine a few things that can be done using ICT.

There is the need to inculcate ICT tools into the management of the forest especially in areas where illegal activities require monitoring. One way by which this can be done is the use of Internet of Things simply referred to as IoT.

In this context, sensors, cameras, wireless technology can be deployed in the forest to collect data on the various components of the forest ranging from wildlife mobility and migration, trees, plants, humidity, temperature, flood detection, bush burning, presence of people, sound level, canopy cover etc.

A network of these sensors, cameras and wireless devices can be set up and connected to a cloud based server for easy monitoring and real-time data collection via the internet. Data from the forest can now be ubiquitously obtained. Examples of some of these sensors that have been developed purposely for this technology are dendrometer bands and photosynthetically active radiation sensors for automated forest and rangeland productivity measurements; nitrate, dissolved oxygen, pH, and dissolved organic carbon sensors for automated water quality measurements; acoustical sensors for automated detection of presence or absence of wildlife species; optical sensors, including “critter cams” to capture and record wildlife presence and behavior, as well as more sophisticated phenocams and image extraction procedures to automate detection of canopy condition resulting from stressors such as drought, nutrient imbalances, pests or pathogens. Kudos to the United States Department of Agriculture (USDA), for setting the pace in the development of these Smart Forest Technologies.

Advance countries like the USA, Australia, and Canada have already deployed these technologies and are still making researches into how to make use of ICT to better manage their forest reserves which serve as important national asset.

Economic Benefits of Using ICT to manage the Forest reserves

Information Communication Technology has come to make live comfortable and so is Internet of things (IoT) which keenly focuses on connecting things both animate and inanimate to the internet for easy manageability and real-time data collection.

Governments all over the world especially in Ghana can take advantage of technology in the effective management of the forest reserves so as to;

In summary, ICT has a key role to play in the future of our forest resources and that is the way to go and the nation must embrace it with all urgency required.

Investors, researchers, ICT professionals are encouraged to begin to focus on the best ways by which this important national assets can be reserved using ICT. 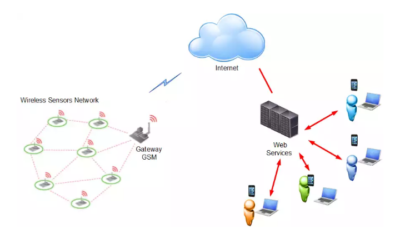 Digital Literacy: an enabler to the successful implementation of the African Continental Free Trade Agreement (AfCFTA)

What causes email marketing messages to go to the spam folder?

How USSD Code is Breaking Grounds in Ghana – Part 2