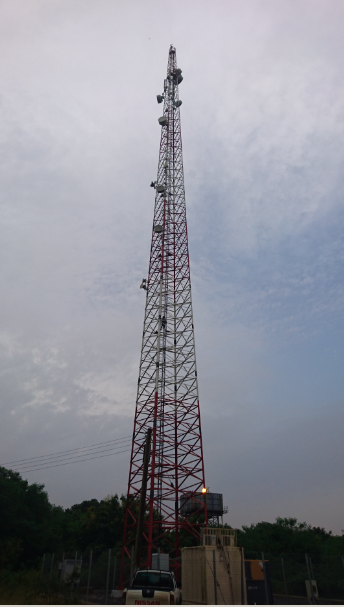 The growing demand for mobile services has necessitated the increase in communications infrastructure such as towers/masts; which are needed to ensure that there are adequate network coverage and access that guarantee minimum Quality of Service (QoS). This however, resulted in the proliferation of Communications (telecommunications) masts across the country, thereby raising public concerns; specifically, issues related to health and property values, structural integrity of towers, aesthetics – thus safety concerns are raised.

It is worth noting that the masts alone do not enable telecommunication services. The telecommunications infrastructure includes components such as masts, base stations, base station antennas, transmission equipment, generators, etc., and this has raised much environmental concerns, especially in the area of Environmental Impact Assessment. Today, it has become a part of the environment to see tall masts in different locations around the country.

These masts though helpful, are believed to have negative health effects on people living near where they are erected. It is argued that telecom towers interfere with aircrafts approaching landing and feared that towers could fall on people and property. The erection of masts clustered in built-up areas are thus said to be hazardous (https://www.tigweb.org).

The fact is, new communication technologies are spreading rapidly and creating a global village of which Ghana is committed to being an active participant. Liberalization of the telecommunications market in Ghana has created numerous opportunities for investors to address the increase in demand for telecommunication services. Ghana is witnessing a proliferation of new wireless telecommunication services. These services have increased the need for more developed and extensive telecommunications infrastructure. We currently have four major telecom operators now and three (3) major tower companies that develop infrastructure to host the telecom equipment of these telecom operators. In addition, there are other smaller telecom operators in the system. This means, a tower company can host the equipment for multiple telecom operators (co-location). There is also the demand for the tower companies to put up various towers/masts of various forms at various locations to meet the need for the telecom services; this is what is leading to the proliferation of the telecom masts/towers and their associated telecom equipment: the reasons behind this is simply to improve the quality of service (QoS) for the subscribers of telecom services.

Now to the major public concern: “Telecom Masts Give Cancer”. Is this real?

World Health Organization’s (WHO’s) fact sheet 193, which spoke about Electromagnetic Fields and Public Health, stated that there were no known adverse health effect (of which cancer is part) on the exposure to Radio Frequency (RF) fields  from mobile phones or their base stations (in this case the telecom masts and their associated equipment). It however stated that further research is required to be able to conclude fully on this.

As an independent organization, the International Commission on Non-Ionizing Radiation Protection (ICNIRP) provides scientific advice and guidance on the health and environmental effects of non-ionizing radiation (NIR) to protect people and the environment from detrimental exposure of the NIR. Generally, the telecom operators and their allied companies operate based on the ICNIRP guidelines. In the case of potential long-term effects of exposure, such as an increased risk of cancer, ICNIRP concluded that available data are insufficient to provide a basis for setting exposure restrictions (source: ICNIRP Guidelines). In Ghana however, the Radiation Protections Board (RPB) of the Ghana Atomic Energy Commission (GAEC) – now the Radiation Protection Institute (RPI) of GAEC, has put up additional measures to ensure that the emissions from the telecom equipment within the country fall within the acceptable limits in order to prevent health hazards. The RPI has random monitoring approach set in place where the emissions from these telecom equipment are measured and analyzed. So far, the compliance levels have been very high.

In my view, as long as the telecom operators and their allied companies co-operate with the RPI of GAEC and also work within the ICNIRP guidelines, there might not be a cause to worry, until any further research from WHO and other bodies prove otherwise. We rather need to pay attention to details in the use of all electronic gadgets. The public also continues to raise major issues such as those itemized below:

• Integrity of masts – Possible collapse and falls on humans and property

• Interference with aircraft when sited in aerodromes

The above points will be addressed in the part 2 of the series.

How to write email marketing subject lines that get opened