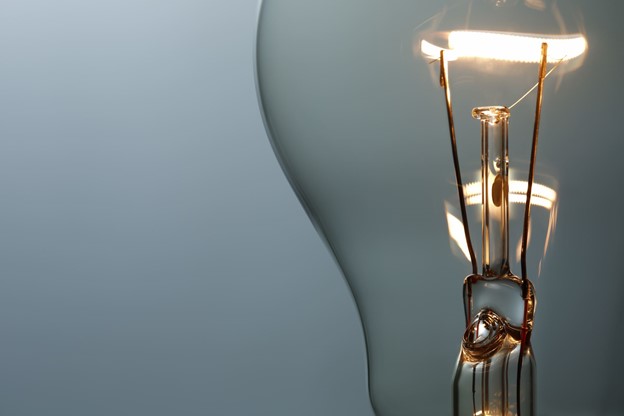 Digitalisation is key for resilience 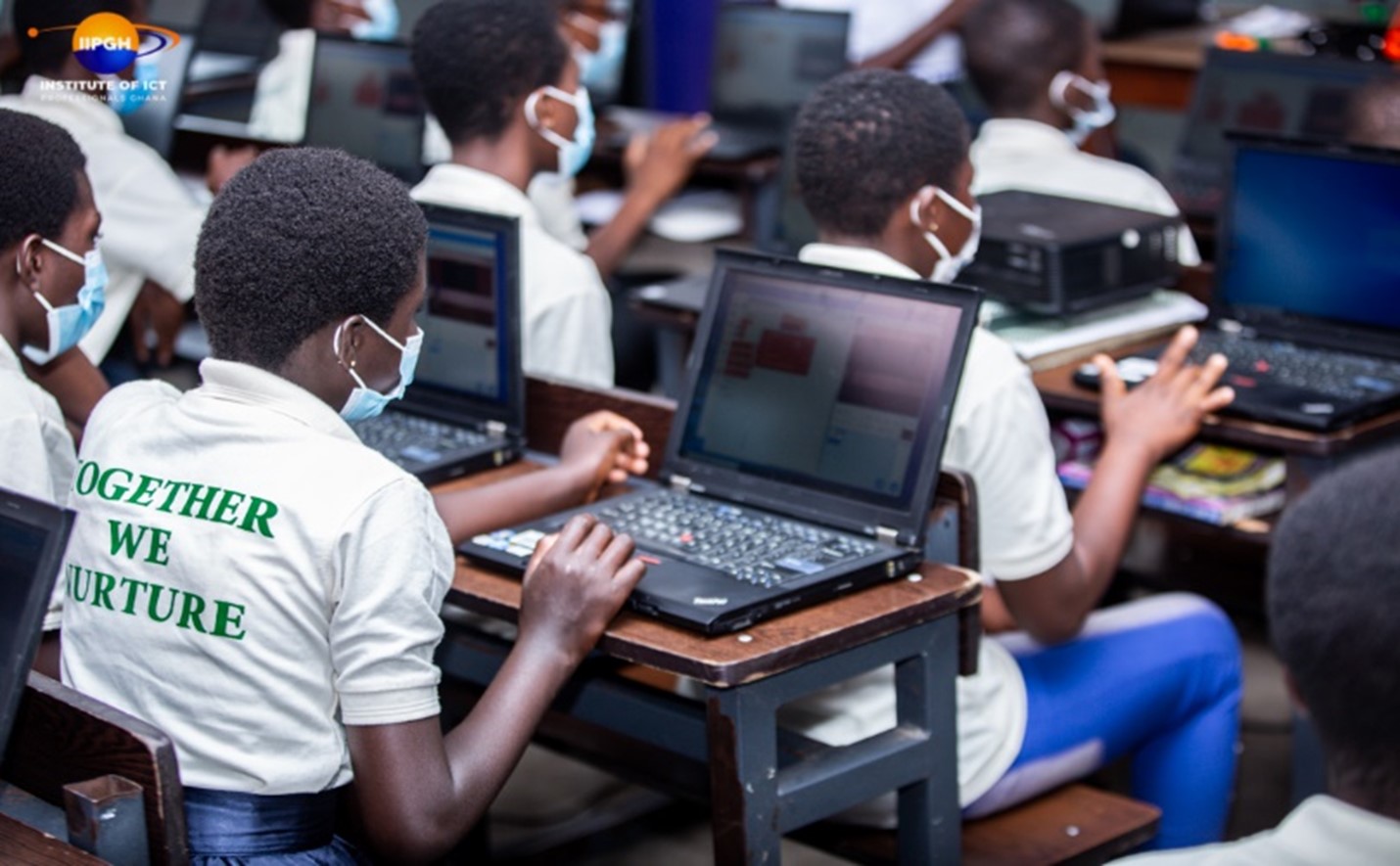 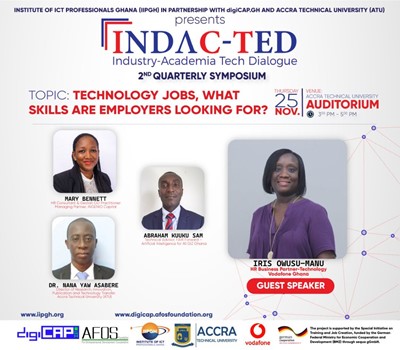 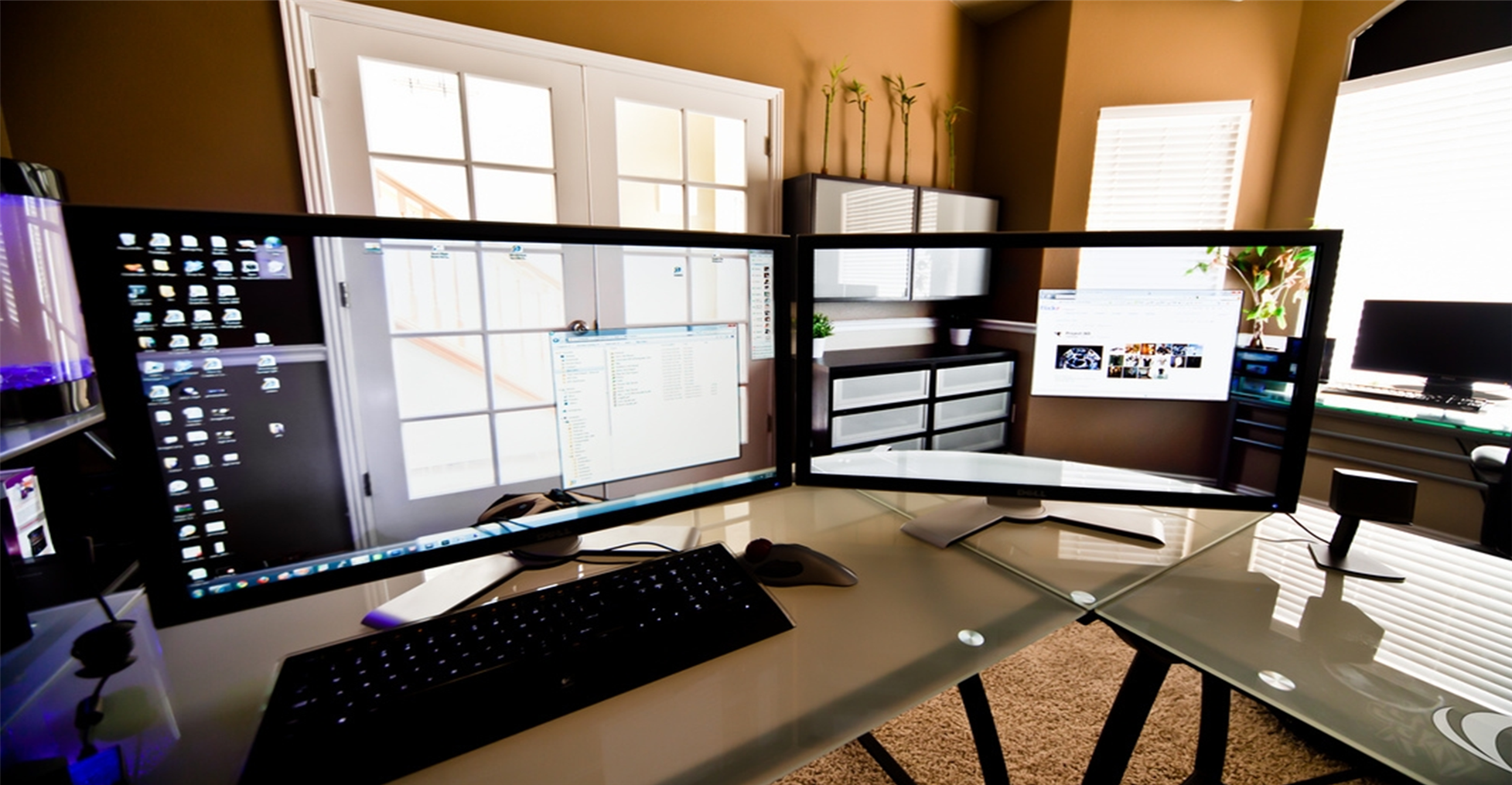 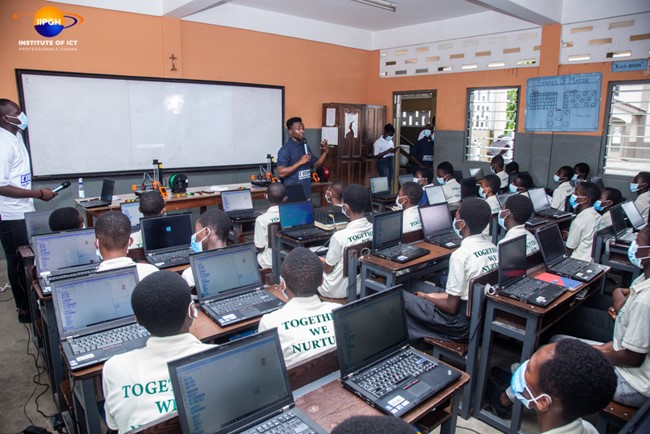 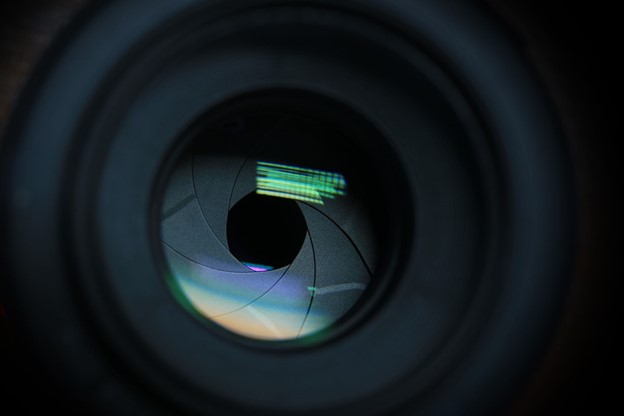 Transitioning Into Cybersecurity with Zero IT Background 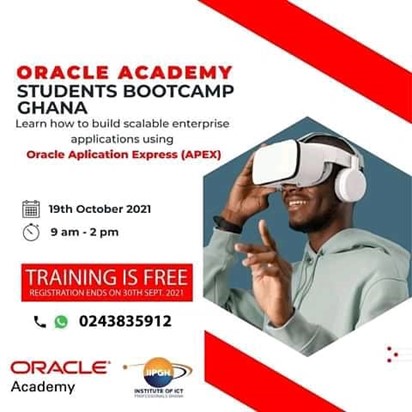 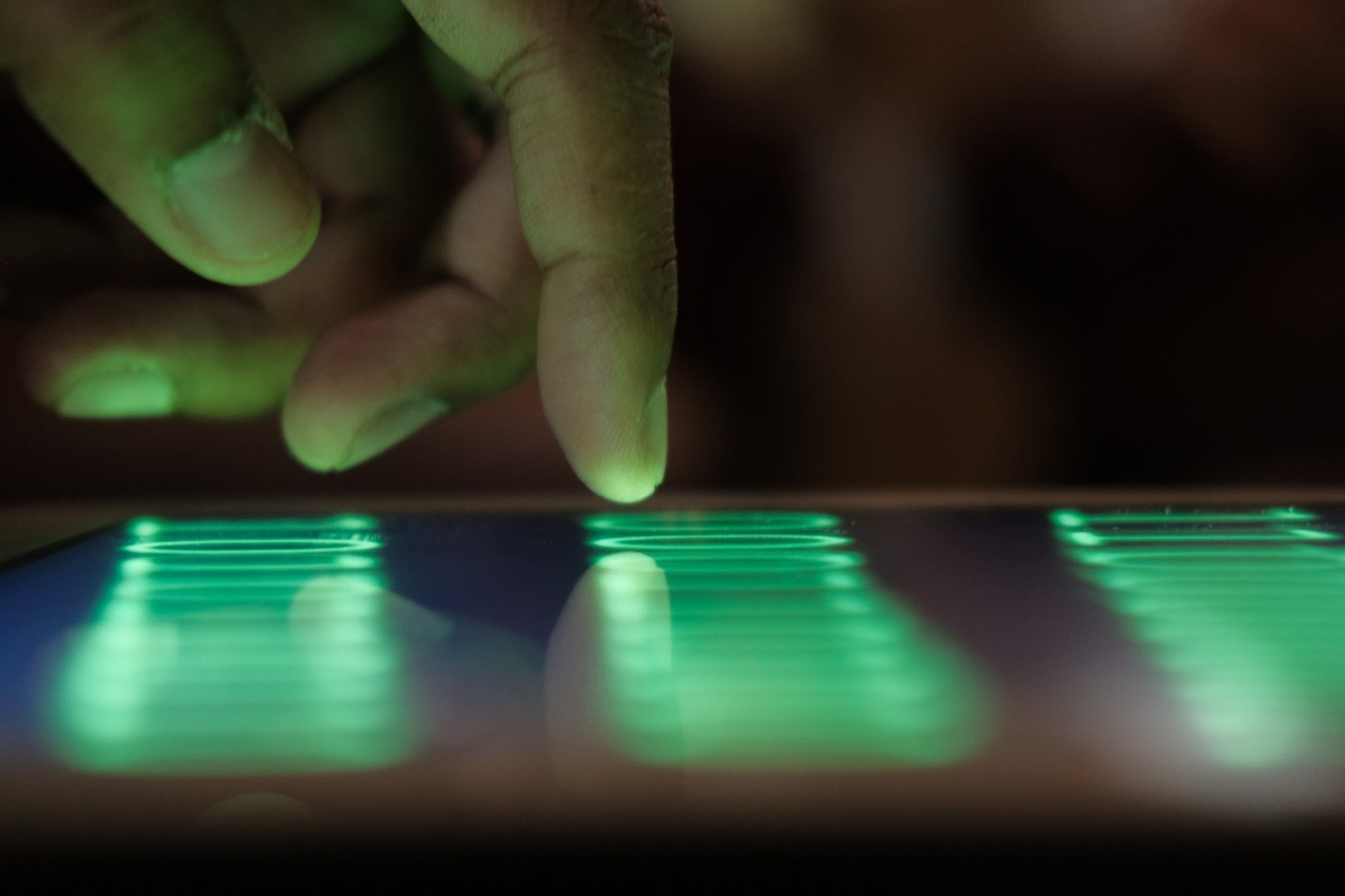 Statement on Coronavirus and the link to 5G technology

The Institute of ICT Professionals Ghana (IIPGH) an industry association of professionals in the information and communication technology (ICT) industry in Ghana has been following the recent conversations on social media and mainstream media outlets with respect to stories linking the novel coronavirus to the new mobile telephony technology called 5G. The institute in this statement debunks all such theories and states categorically that the coronavirus (covid19) is not caused or transmitted by 5G technology.

Corona virus is a zoonotic disease which means it is an infectious disease caused by a pathogen that has jumped from non-human animals (usually vertebrates) to humans and then spreads from human to human. Pangolin-like animal is suspected to have transmitted this string of the virus called the novel corona virus disease (covid19). It was first reported in Wuhan city in China and have so far been traced to an animal market in that city. Coronavirus is biological and can be transferred from one person to the other through the mouth, nose and eyes when one comes in contact with infected person. The infected patient who may be asymptomatic or symptomatic can transfer the virus to another person when droplets of fluids containing the virus are spread through coughing, sneezing or spitting into the air or surfaces.

5G on the other hand is a technology to provide an extra-large pipe of internet to connect mobile phones and other devices (10x the current speed and volume data that is being provided 4G). 5G is a technology designed to carry voice and Big data using non-ionising electromagnetic wave as a means of transport over the air interface to devices. These devices are mainly electronic devices and not human beings. Non-ionining electromagnetic wave or radiation is the range of frequencies on the electromagnetic spectrum that cannot cause harm to the human tissue/cell/DNA when exposed to the radiation. e.g. FM Radio Frequencies, Television Frequencies, 1G, 2G, 3G, 4G and 5G frequencies.

The evolution of Mobile Telephony Technology

Mobile telephony was invented in early 1980s during the Third Industrial Revolution when electronics and information technology systems were invented. Telephones were officially recognized as inventions in 1876 when Alexander Graham Bell won the first U.S. patent as the person who invented it. This telephone is what is currently our landlines. Since telephone was invented it went through several transformations including the development of the telegraph and after 100yrs a wireless version of the telephone was developed which was called the 1st generation (1G) of mobile technology. This 1G was developed on technology called the analogue mobile systems with a frequency modulation called FDMA (Frequency Division Multiple Access). It was designed for voice calls only and not digital. The first mobile network in Ghana was launched in 1992 by Millicom Ghana Ltd with the brand name Mobitel and this was an analogue 1G operator.

After 10yrs of 1G mobile technology an enhanced technology was developed in the 1990s based on digital voice calls and was named 2G (Second Generation) of mobile telephony technology also called the GSM (General System for Mobile Communications). 2G came with features such as text messages and later introduction of GPRS (General Packet Radio Service) which was followed by EDGE (Enhanced Data for Global Evolution). GPRS was the first feature that allowed internet service (data) to be introduced on the mobile phone with a speed of 110Kbps. GPRS was quickly followed by EDGE which provided a slightly higher speed (throughput) of 135Kbps. These excitement of internet on the phone sparked the beginning of a mobile data race in the early 2000s. Spacefon (Now MTN) was the first to launch GSM Network in Ghana in 1996 followed by One-touch (Now Vodafone) before the analogue operator Mobitel introduced their GSM network called Buzz in 2002.

The Third Generation (3G) then followed in the 2000s which provided the possibility of broadband internet on the mobile phone popularly called mobile broadband. With 3G came corresponding device, the smart phone with wide screens that allowed users to browse on the phone, download applications (apps) and video calls. 3G also regarded as the first generation of mobile systems which included by default Packet Switched (PS) domain (for Internet access, and MMS) in parallel with CS (for voice and SMS). The technology was based on the WCDMA – Wideband Code Division Multiple Access (with TDMA/FDMA).

The quest for faster internet speed using mobile devices such as phones, tablets, wearables; watches, glasses, music players among others pushed for yet another new technology with higher data throughput. The Long Term Evolution (LTE) was developed in 2010s as the fourth Generation (4G) of mobile technology. First generation mobile systems which is all-IP by default in access and core parts, based on OFDMA (Orthogonal Frequency Division Multiple Access) with TDMA/FDMA in radio access designed to provide speed of 100Mbps – 300Mbps. This speed is sufficient to stream videos and download high volume of data within seconds compared to 3G.

In order to achieve this ambitious plan of using internet as a medium to transport big data to connect devices that will enhance industrial efficiency, improve healthcare delivery, education and agriculture among others, the 5th Generation (5G) of mobile telephony technology has been developed. This is the Next Generation of mobile systems, which should increase the data rates of 4G by more than 10 times with new radio interface and new spectrum, and provide possibilities for many new emerging services in different verticals. It is now being developed in some matured markets such as United states, United Kingdom, China, Australia etc…

ITU as the United Nations agency devoted to information and communications technologies carries out research and studies through its Working Party 5D. The sub-group responsible for the overall radio system aspects of International Mobile Telecommunications (IMT). In 2013, this group began working on defining the characteristics of the new IMT standard, IMT-2020 (5G), as it had done back in the early 2000s to define 4G (IMT-Advanced).

5G is deployed on a range of frequency bands from low and narrow frequency bands to high and wide Frequency bands. This high-band spectrum is sometimes called millimeter wavelength (mmWave) in the cellular industry, and it enables about 18 – 80 GHz of frequency. 5G can be deployed with low frequency band such as 700MHz – 2500MHz as being deployed by Verizon, a mobile network Operator (MNO) in the United States of America, to cover wide area while deploying the high-band frequencies to help with the features that 5G promises, including potentially supporting 1 million devices per square kilometer. The Federal Communications Commission (FCC) of USA has opened up vast amounts of bandwidth in high-band spectrum for 5G. This spectrum is called 5G new radio frequency bands. Verizon deployed its 5G Ultra Wide Frequency Band UWB network using 28 and 39 GHz mmWave spectrum bands having 40x bandwidth of 4G LTE 700MHz network.

The microwave radiation from 5G equipment is not harmful to the human body. In 1947 the International Telecommunication Union (ITU) established the ISM bands, short for Industrial, Scientific, and Medical. The goal was to define what devices would be allowed to run at certain bands of radio frequency so that they wouldn’t cause interference with other radio communication services. Frequencies band between 300MHz – 300GHz have been allocated as microwave frequency bands. Because of frequency bandwidth constraints and the requirement of higher bandwidth to transmit big data, 30 – 300GHz range has been reserved by most countries to deploy 5G technology to benefit from the wide frequency band. This high frequency does not mean that radiation levels are being compromised. First the range of frequency are still within the non-inoising electromagnetic radiation which simply means it does not emit harmful radiations that would break chemical bonds or remove electrons when in contact with human tissues. It cannot alter the DNA of humans.

In order for 5G to cover a wider geographical area, more base stations (gNodeB) need to be installed since the very high frequency bands have lower wavelength, in this case it is as low as millimeter. This increase in the number of base stations, and their proximity to humans, is one factor that may cause some fears in people however no health impact has been found after several tests conducted. The International Commission on Non-Ionizing Radiation Protection (ICNIRP) is an international commission specialized in non-ionizing radiation protection. ICNIRP checks the emission levels of telecommunication equipment and devices to ensure their emissions are within the acceptable threshold.

Radiation Protection Institute (RPI) is the organization in Ghana that conducts tests and issues certificates to MNOs before Telecommunication equipment are installed in communities. RPI uses the thresholds set by ICNIRP to benchmark radiation levels recorded in the field. These tests have been conducted in UK, Australia and other countries and so far the radiation levels have been extremely low.

The Institute of ICT Professionals Ghana will like to state emphatically that there is no relationship between coronavirus (Covid19) and 5G. Additionally, 5G does not spread covid19 and the general public should disregard conspiracy theories linking the new technology to the deadly pandemic. 5G technology if eventually deployed in Ghana will create a bigger pipe of wireless internet service that can be used by industry and service.

2020-04-14
Previous Post: Working in remote teams: What you can learn from the ICT industry
Next Post: What if the Corona Virus was a piece of software? 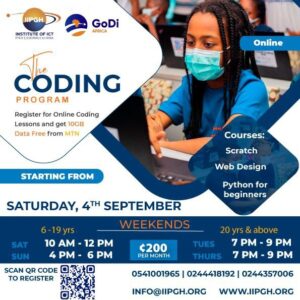 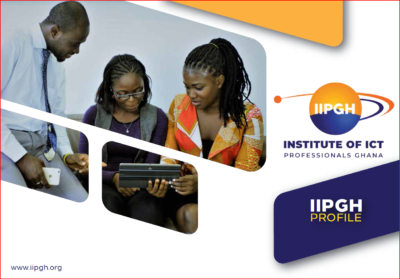 ONLINE CODING PROGRAM FOR ALL 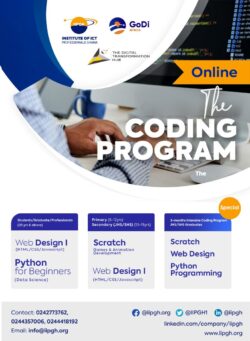